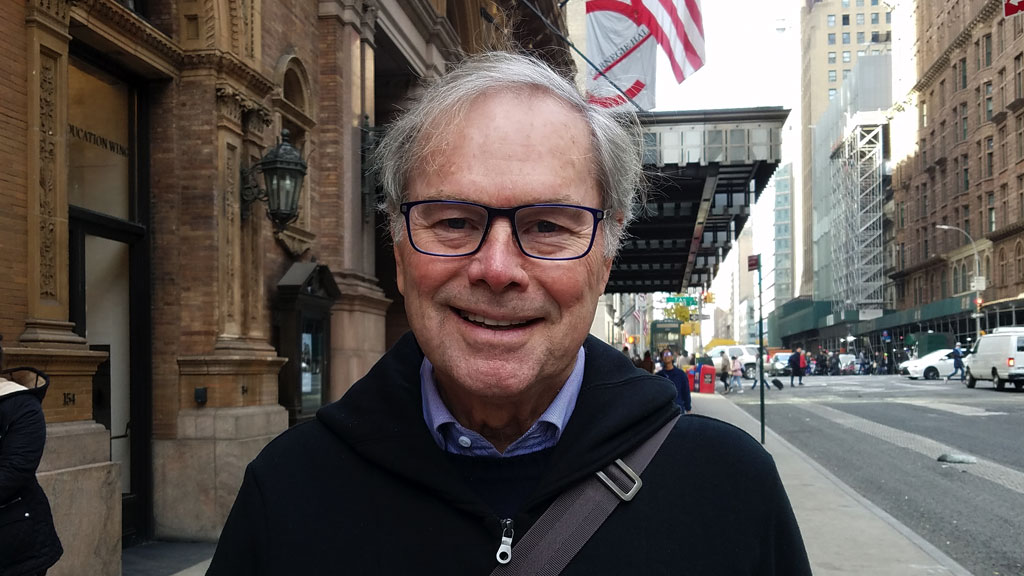 In his long association with School Year Abroad, Stephen Foster ES’65 has touched almost every aspect of the organization. He helped pioneer SYA Spain as one of the first class of 11 school boys who sailed on the MS Aurelia. Years later, Foster broke similar ground when he joined the SYA trustees as the first alumni board member. Over his SYA career, he has served as chair of the Annual Fund (now the SYA Fund), the Stewardship Advisory Committee and the Development Council, in addition to serving two terms as a trustee. After his board service he joined the Philanthropy Council, and he currently serves as a member of The Campaign for SYA cabinet.

To honor Foster’s legacy, SYA established the Stephen M. Foster ES’65 Exemplary Service Award in September 2018. The school named Foster himself as the inaugural recipient, and the award will recognize and inspire the efforts of other SYA volunteers for many years to come.

Looking back on his near 30-year involvement, Foster says, “I consider it a privilege to have been part of these different SYA endeavors. It has been another sort of education; a great learning experience. A place to build friendships and advance the mission of SYA at the same time.”

Even before The Campaign for SYA officially began its quiet phase, Foster stepped forward to make the very first seven-figure campaign gift in June of 2017. He asked that his $1 million be directed toward two priorities: the SYA Fund and curricular innovation.

“Stephen established a vital starting point for this campaign,” says SYA President Tom Hassan. “He structured his gift to include immediate funds for the first wave of curricular evolution within our student life and academic programs. His early support also helped many people understand that SYA had embarked on a new kind of fundraising campaign, with higher aspirations than ever before. As always, his unwavering leadership has meant the world to us.”

A veteran of previous SYA fundraising projects, Foster explains he was eager to give The Campaign for SYA as much impetus as he could. “I liked the campaign’s structure, which recognizes both short- and long-term needs,” he says. “I found the idea of current use funds combined with endowment goals to be very appealing. This approach addresses both challenges and opportunities, and creates a vision for the future that I think everyone will applaud for SYA.” Part of that future is personal for him, as Foster has shepherded seven young members of his own family through SYA, including two nieces, a nephew, three grandnieces and a goddaughter.

With the campaign now in its public phase, Foster believes it is extremely important to invite and inspire broad involvement across the SYA family. “I look at fundraising as a comprehensive exercise,” he says. “I think annual gifts to the SYA Fund are equally as important as gifts to the endowment. I think SYA is a uniquely compelling experience for those who know it — a very large percentage of our alumni have had a positive SYA experience. We need alumni, parents and friends to mark that difference with their giving. This kind of support will ensure that SYA adapts to the times and continues to be the gold standard in high school study abroad education. Broad support from those of us who benefitted will keep SYA at the top of its game 50 years from now.”