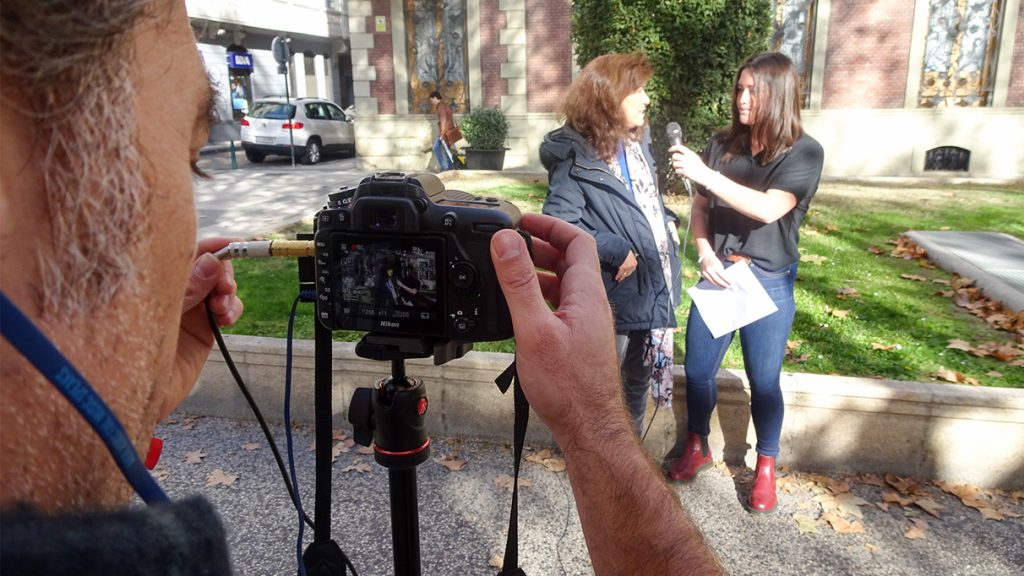 “I honestly think that in our four-month observation and analysis of Zaragoza and its people, I know Zaragoza on a deeper level than I know my home city, Seattle.”

This is just one of the takeaways that high school junior Josie B. ES’19 of Lakeside High School mentions when describing her four-month observation and analysis of Zargoza. And she didn’t gain this knowledge of her host city by studying a textbook—she earned it through her work interviewing locals and gathering data while exploring the city’s diverse neighborhoods.

This new offering at SYA Spain is designed and taught by Antonio López Piña. “Applied Sociology: Spain and Street-Level Politics” puts students at the center of the learning process through experiential, place-based education.

“I was initially intrigued by this course because I am fascinated by human interaction, social hierarchy and the ways in which we communicate,” Josie explains. “When I heard that this class was not just a sociology course but also an applied sociology course, I was hooked.”

In the first portion of the class, students study data and statistics on Zaragoza’s various neighborhoods, observing differences in areas such as education, immigration, religion, or housing cost. Next, students investigate a single issue in depth—but instead of using statistics as the primary data source, students are asked to go directly to the residents of Zaragoza.

“It is extremely difficult to walk up to a stranger and ask them to answer your questions; as if that’s not enough, it is so much worse to get someone’s attention and then confuse them with slow, barely perceptible Spanish,” Josie describes. “With that said, I have developed an incredible confidence and assertiveness. It’s all in the details, and it really is scientific. We go through trial and error, see what works, go back to the drawing board and then try again.”

“I was initially intrigued by this course because I am fascinated by human interaction, social hierarchy and the ways in which we communicate.”

Beyond learning and applying fundamental sociology concepts, López Piña’s course gives students the opportunity to have authentic interactions with locals, pushing their linguistic skills and providing invaluable opportunities to learn more about the people and culture of their newly adopted city.

López Piña’s class is just one way that SYA is working to connect students in an even deeper way to their host cities and countries. The Campaign for SYA will advance this kind of innovation even further, offering students like Josie B. the chance to learn in remarkable ways that aren’t possible anywhere else.