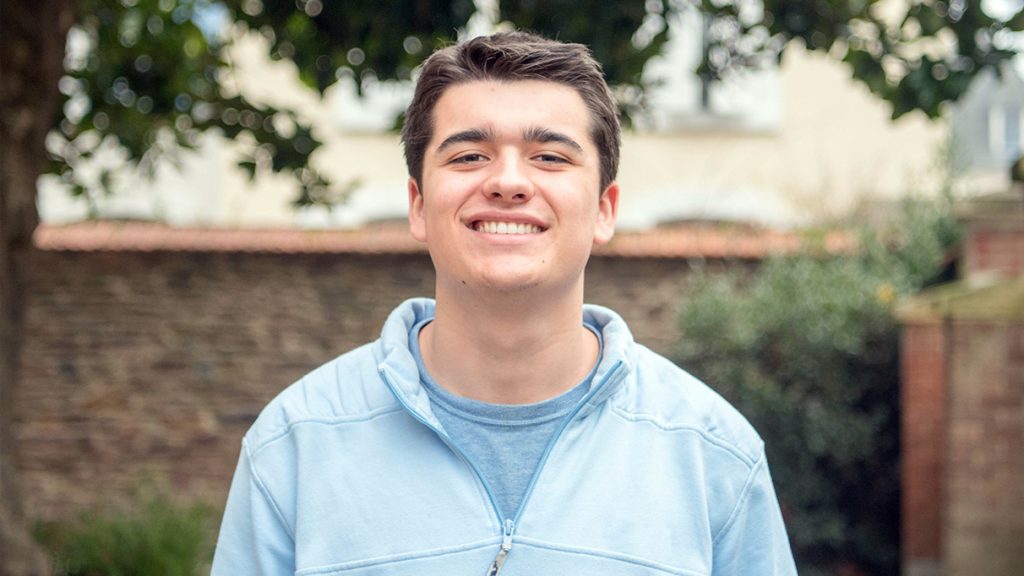 For a transportation aficionado, moving from New York to Rennes is like hopping in a time machine to glimpse the future of public transport. Initially fascinated by aviation, Gardner K. FR’19’s interest quickly expanded to include metros and other forms of transportation when he first experienced the efficiency of European systems. “It’s transportation like I’ve never seen before,” Gardner explains. “It’s really fascinating to me. Europe’s got it put together, whereas the U.S. really doesn’t.” So when students were asked to identify a capstone project last spring, it is no surprise that Gardner chose to investigate plans for a new metro line in Rennes. In particular, Gardner wanted to understand how the new line might affect Rennes’ environmental impact.

“Through my environmental science class we learned a lot about environmental impact, and how each person is a contributing factor to whether we increase or decrease our carbon emissions,” Gardner explains. “Rennes is trying to take cars off the road and maximize public transportation, and there’s nothing more efficient than getting mass groups of people from point A to point B.”

As part of his capstone project, Gardner interviewed government and transportation officials entirely in French. He presented his findings alongside his Rennes classmates in May.

Gardner K. spent his junior year at SYA France, and comes from the Avon Old Farms School in Connecticut.

About the SYA Capstone

The SYA capstone is designed to provide students with an opportunity to showcase their evolving skills through a comprehensive project. The capstone gives students the opportunity to dive deeply into a single topic that captures their imagination and interest. Above all, these projects are crafted to embody the SYA mission, highlighting the student’s experience and relying on, and engaging with, relevant local resources. It is up to each student to design an experiential project in which they learn by doing. While background knowledge and research are an integral part of a successful capstone, the primary focus is the student experience, and it is up to students to demonstrate their learning throughout the project. The project culminates in the production of a research paper written in the target language; a presentation describing the experience; and a reflective essay.