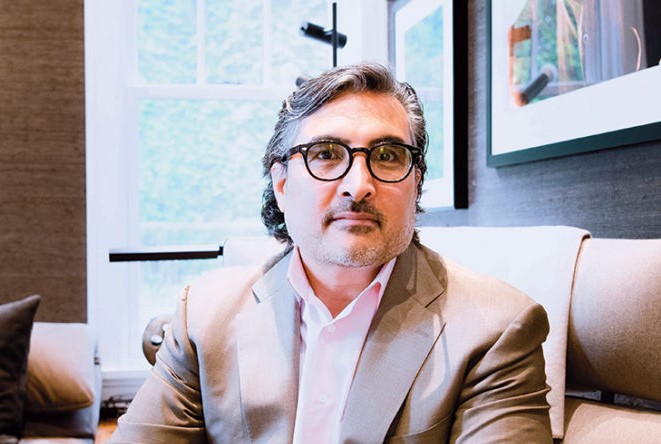 Sonny Kalsi regrets the fact that he never studied abroad. Luckily, his professional career has taken him across the globe to live in cities across four continents. Over an 11-year span, he worked in Sydney, Los Angeles, London and, finally, Tokyo. It was there that he would cross paths with his future wife Michelle, an American who was also there on business.

Early on, the Kalsis set the stage for an immersive family life abroad. The couple’s children — son Devon, 21, and daughter Cameron ES’20, 18 — attended pre-school in Tokyo with kids from around the world. “It was like a mini-United Nations,” he explains, “They got to know the children of ambassadors. It’s nice they were exposed to that at such a young age.” Now a student at Brown University, Devon has spent time abroad and is fluent in Spanish. Cameron, a member of The Spence School class of 2021, is college-bound in the fall with plans for more study abroad in her future. “My kids have a diverse set of friends around the world, and I think that has really shaped their thinking,” he says.

The CEO of New York City-based BentallGreenOak (BGO), a global real estate investment and management platform, Kalsi has become a big fan of the eye-opening benefits of SYA since his daughter’s return from Zaragoza. Like every other SYA Class of ’20 parent, he was closely monitoring developments as the pandemic unfolded abroad last March. He recalls the moment he knew it was time for Cameron to come home.

“It was Wednesday night, March 11, and the President was on TV talking about closing U.S. borders. I called her at 3:00 a.m. (her time) and told her to start packing.” he says. “Cam traveled from Zaragoza to Barcelona to catch a flight to London and made her way home on her own. It was right out of Planes, Trains and Automobiles,” he comments, “I’m not sure she could have done that before SYA.” And, more recently, when it came time to approach the college process, he says Cameron knew exactly what she wanted. “I credit that to her seven months abroad.”

Despite the shortened school year, he says Cameron is excited to return to Spain to visit her host mom, with whom she stays in regular contact. “I went from being the reluctant parent of having my daughter go abroad during one of the final years we’d have time with her at home, to being really glad she did it.”

“When you give a child an education, you give them something that can never be taken away from them.”

From the start, Kalsi has been a firm believer in supporting educational empowerment to impact social change, in part due to his experiences growing up in Tennessee. “I saw how racism and hate are often the product of ignorance,” he says. “There’s no simple answer to these issues, but education is a big part of it,” he says.  “I think it’s the best investment anyone can make. It’s money well spent because it can have a huge multiplier effect — educating a child changes a whole family.” To that end, he and Michelle commit close to 90% of their annual charitable giving to education.

He points to the example set by Carlos and Malú Alvarez FR’00P who endowed the Malú and Carlos Alvarez Global Scholars Fund to make the SYA experience a reality for two public high school students each year. “That really resonates with me,” he says. “When you give a child an education, you give them something that can never be taken away from them.”

At a time when the country is on edge over racial disparity, Kalsi feels a responsibility as a business leader to lead by example. “George Floyd unleashed a national consciousness and it’s not a surprise at all that so many companies stepped up to do what the government wasn’t doing,” he says. He recently launched an ambitious plan to address racial discrimination and diversity at his company, which has caught the attention of many of his colleagues. “I like to believe (BGO) has been forward leaning as a company when it comes to matters of equity, diversity and inclusion,” he says. “This is a real opportunity to move the bar.”

Inspired by institutions that are helping to educate the next generation, specifically those with limited means, he devotes his time and resources to several groups including PowHerFul, an organization that offers comprehensive college scholarships to disadvantaged young women; TeachingMatters, a nonprofit dedicated to developing, retaining, and advocating for excellent teachers; and Room to Read, a literacy NGO which has built 10,000 libraries and schools across Asia and Africa. Kalsi is also a trustee of the Asia Society, a global organization dedicated to strengthening ties and understanding between East and West.

Supporting The Campaign for SYA felt like a natural next step and Kalsi hopes that other SYA parents will follow his lead. “SYA has been around for a long time. It’s one thing to have such a great mission, but another to be able to do it for so long,” he says. “I encourage other parents to look at the work that SYA is doing and the amazing opportunity it creates. These kids have wings on their feet!”

Sonny Kalsi ES’20P is the CEO of BentallGreenOak (BGO), a New York City-based global real estate investment and management platform with 24 offices worldwide. He is a graduate of Georgetown University and an adjunct professor at Columbia University in the Master of Real Estate Program.
Read more about his workplace diversity plans at BGO here.