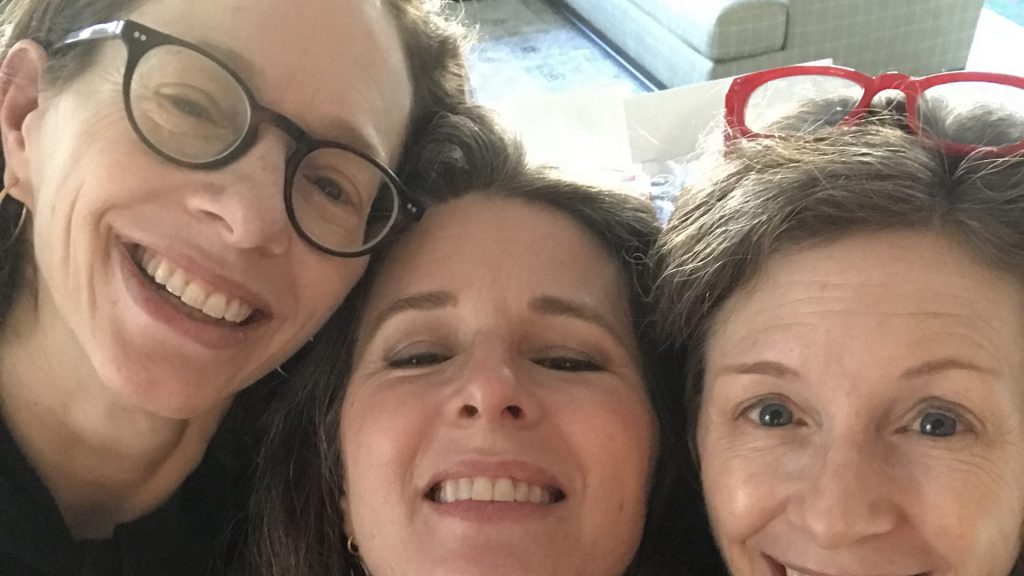 In 1978 when Eleanor Alger suggested School Year Abroad to twin daughters Alexandra (Alex) FR’79 and Hilary FR’79, she inspired a family tradition that has endured for two generations. Daughter Nicole FR’83 would follow her sisters to Rennes, and much later, grandson Davison Chung CN’12 would venture to Beijing to perfect his Mandarin language skills.

“I heard about SYA from a friend whose two sons went to France,” says Eleanor. “It was Christmastime and Alex and Hilary were in ninth grade. I thought, , this is really fabulous.’ I pursued it through Spence and -Bamford (where Alex and Hilary were in school, respectively) that spring and they were both sold on the idea.” Daughter Alex, a former business journalist from Brooklyn, recalls her excitement at the prospect of traveling outside the U.S. for the first time. “We were both at small private girls’ schools in the bubble of the Upper East Side of Manhattan, and here was a chance to go to France for a year on our own,” she says. “It was so fantastic as to be beyond imagining.”

The sisters lived separately abroad yet share similar recollections about their host families. “They were incredibly warm and merry people,” says Hilary, a nonprofit fundraising consultant who lives in Philadelphia with her family. Both French host mothers happened to be talented cooks and knitters, thus each twin came home with a handmade sweater she had knitted herself.

For Alex, the memories that are most vivid all these years later tend to center around the gastronomical. “French food in general was a revelation. I’d never so much as tasted a baguette,” she laughs. “To this day I remember rising when it was still dark, bounding eagerly out of bed, because I couldn’t wait to sit down with my tartine (baguette with butter) and a cup of hot chocolate, which I made myself on the stove, my French family still asleep.”

The Gift of Confidence
Reflecting on the enduring lessons of her year in Rennes, she says. “Before SYA, I’d never thought about what it meant to be an American. I was forced to look at myself the way the French looked at me. Which was an uncomfortable place to be, especially in the beginning when I wasn’t fluent enough to express myself the way I wanted to. When you have to struggle to express yourself,” she continues, “you start to see yourself more clearly and to think about who you are and who you might want to be. That kind of growth may not be possible without spending time on your own in a foreign country.”

“To some extent,” she says, “(my French family) reflected onto me whatever general thoughts they had about Americans. I wasn’t simply an American, I was America, personified. I remember their comments on how wasteful  Americans were — and certainly we were and are.” Alex recalls being allowed one shower a week and the constant reminders to turn off lights when not using them.

“At SYA you also learn patience and how to weather early-stage loneliness.” she adds. “In the end, the gains in self-confidence and sense of self are immeasurable.”

Twin sister Hilary echoes her Alex’s sentiments. “My experience at SYA made me a much more self-confident person, gave me a greater appetite for risk, and also increased my sense of my own possibilities,” she says. “I learned the valuable lesson that there are many ways to be and to act in the world that are just as valid as the ways I had grown up with.  My nine months in Rennes built up my resilience and tested my courage.  It remains one of the most impactful and joyful periods of my life.”

“For all three of us, SYA was a truly important, formative time.  We grew and matured enormously.”

Younger sister Nicole Alger FR’83 also credits SYA with building her confidence to travel far and wide. An accomplished realist painter who lives in New York City with her family, she says. “The newness of virtually everything was thrilling. Being asked to function in an utterly new environment set me up to travel after college, to Africa for three months, followed by six years in France then Italy. From 1982 to 1994, I was abroad for fully half the time and I am forever changed.”

“For all three of us, SYA was a truly important, formative time,” says Hilary. “We grew and matured enormously.”

In a nod to their collective affinity for French culture, and bolstered by Eleanor’s visit to SYA during the twins’ year there, the Algers eventually bought a house in the Dordogne in southwestern France, home of Hundred Years’ War fortresses, prehistoric caves and good liver paté. “My parents spent lots of time there, for about 15 years,” says Alex, “and we sisters got there at least for a little while every summer. It was pretty much heaven.” 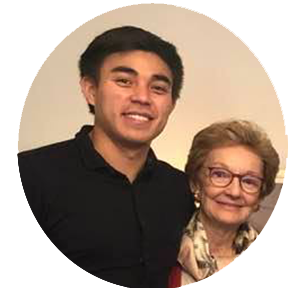 For Alex’s son Davison Chung CN’12, SYA had always been a part of the conversation.

“SYA was my mom’s idea in the beginning,” he explains, admitting some reluctance about missing his junior year at Trinity. “I had been studying Mandarin through middle school, but my language skills weren’t very good at the time, and I was pretty attached to the possibility of captaining the wrestling team my senior year. I distinctly remember going on a walk with my dad one day and he reminded me that ‘high school sports aren’t a life-defining experience.’ In that moment, I committed myself to going and didn’t look back.”

For Davison, extended travel with his classmates was the highlight of his time at SYA. “China is an enormous country with an incredible amount and variety of ethnic and cultural history, which I think can be easily overlooked when visiting the major tourist destinations,” he says. “Through SYA’s long history and relationships across the country, we were able to go and experience life in ways that are mostly inaccessible to the average visitor. The long train rides and bus trips were a great way to bond as a class.”

Despite the years between them, he and his mother have found parallels in their time at SYA. “Although her experience was in the French countryside in the 1970s and mine was in Beijing in the early 2010s, there are certain things that overlap: stories about host families, language mistakes, and being totally out of your depth at one point or another. “

Alex was pleased to witness the impact that SYA China had already made on Davison, as she recounts her eye-opening first visit. “When we saw him at the end of the first term, Beijing was already his city,” she explains. “I couldn’t believe how big and intimidating it was. One night, after dinner, we couldn’t find a taxi and the subway was unbelievably confusing. But Davison — whose Mandarin was still pretty shaky — somehow figured out how to get us back to our hotel.  I was beyond impressed.”

Davison went on to study Management Science and Engineering at Stanford, and currently works as a Consultant at Bain & Co., a global management consulting firm, in New York. As far as keeping the Alger family SYA tradition alive, he is excited to see what SYA will look like “in another 20 years.”

Alex’s strong belief in the merits of an SYA education have led to a long-standing partnership with the school, where she recently completed her term on the Board of Trustees.  “I gained a lifelong love of French language and literature, a global view and an appreciation for cultural differences that I’m not sure I’d have if it weren’t for SYA,” she says. When called upon to co-chair The Campaign for SYA with fellow SYA France alumnus Jamie Broderick FR’71 back in 2016, she didn’t hesitate.

“SYA has been the gold standard in high-school study aboard education for more than 50 years and has done so without ever having had a comprehensive capital campaign,” she says. “The time has come. This campaign will ensure SYA’s excellence and accessibility for the next generation of students.”