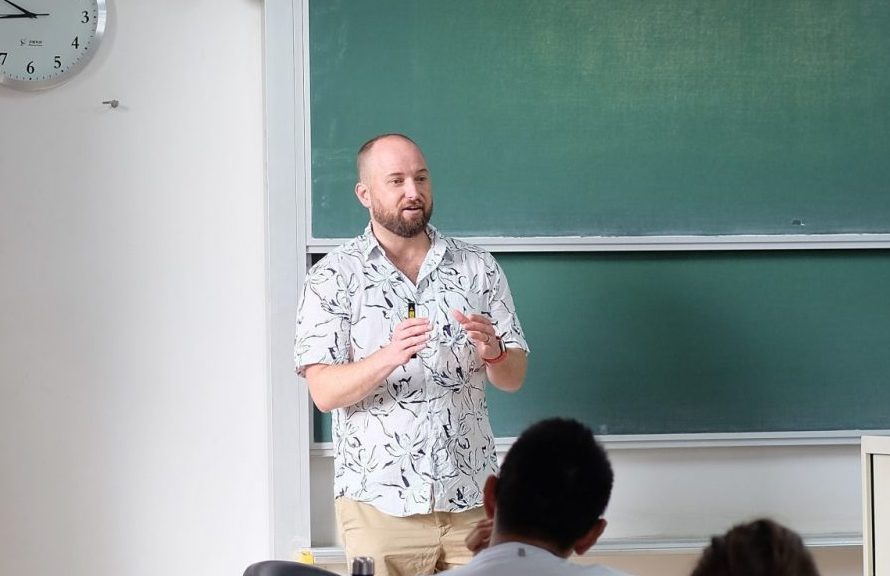 An Associate Professor at the London School of Economics and Political Science, Timothy Hildebrandt CN’95 is on a mission to find proximate solutions to some of the insoluble problems of societal wellbeing. In other words, to differentiate the things in the world that we can change, from those that we can’t.

What is your approach to addressing society’s most daunting problems?

I tell my students if they leave class with more questions than they came in with, that’s the sign of real learning; in the world of policy, I try to push against the impulse to find one clear answer to an overly simplified problem. And in so doing, being more content with pragmatic solutions, even if they are medium-term and do not perfectly satisfy our long-term goals. My research on NGOs is instructive here as well: you attract supporters initially by selling them on aspirational (if unattainable) goals, like eradicating child hunger worldwide, but you keep them by showing them the smaller, more immediate impact of their actions—like feeding five kids a day who would have otherwise gone hungry.

How did your year at SYA China influence your studies and eventual career path?

I wouldn’t be where I am today without my SYA experience. It may sound trite, but it’s the absolute truth. SYA China led me into college where I took my academic work far more seriously, delving into the study of Chinese politics and continuing Mandarin. From there, I researched and wrote on Chinese environmental politics and NGO development at a think tank in DC, which prepared me well to pursue my PhD in political science and focus on Chinese civil society. The critical junctures in life where I made big decisions were almost all influenced by a strong foundation that I owe to SYA China.

You’ve studied Mandarin Chinese since age 13. What do you consider to be the greatest benefit of full immersion in a foreign language?

It forces you to be comfortable with being uncomfortable. It requires you to adapt, make do, as you haven’t any choice to do otherwise.

What role did financial aid play in your decision to enroll in SYA?

The difficulty was not making the decision to apply to SYA China, rather it was paying for it. My excitement of being admitted was quickly dampened upon the realization that my family—with four more siblings at home, two of whom were in college—couldn’t cover the costs of the tuition. But it was (former SYA President) Woody Halsey who spent time on the phone putting me at ease, assuring me that they’d figure out a way to make it happen. And they did.

Please share a memorable take-away from your time at SYA China.

For SYA China’s 10-year anniversary, I wrote a short piece in the newsletter about how learning to write better in English was one of the greatest things that SYA gave me—yes, quite ironically, I had to go to China to learn that my writing was rubbish, but I gained the skills to start improving it. And that story still rings true to me.

How much time have you spent living outside of the U.S., and how has that impacted your world view?

About half of my life. I’m now a British citizen and live in London with my husband Sam, a Brit by birth. Living outside the States, in various countries, has led me to be more comfortable with complexity in the world and to not fear the unknown.

Do you have any advice for young people when it comes to preparing to make their mark on the world?

One important way to affect positive change in the world is to never believe that you alone are the only person who can do it—and be very wary of anyone who claims they are. Making a positive mark on the world requires self-awareness and humility. Studying abroad at a young age can be a transformational experience and one I can’t recommend strongly enough.

What do you feel is the most compelling reason to support The Campaign for SYA?

Recognizing the lasting positive impact that SYA can have on someone like me—and knowing that it was only made possible by the generosity of donors in the past—the decision to give what you can, when you can, should be an easy one.

Timothy Hildebrandt is engaged in problem-driven, policy-relevant research and teaching on topics including NGOs, activism, civil society, development, public health, sexuality, and social policy. More about his work can be found on his professional website.