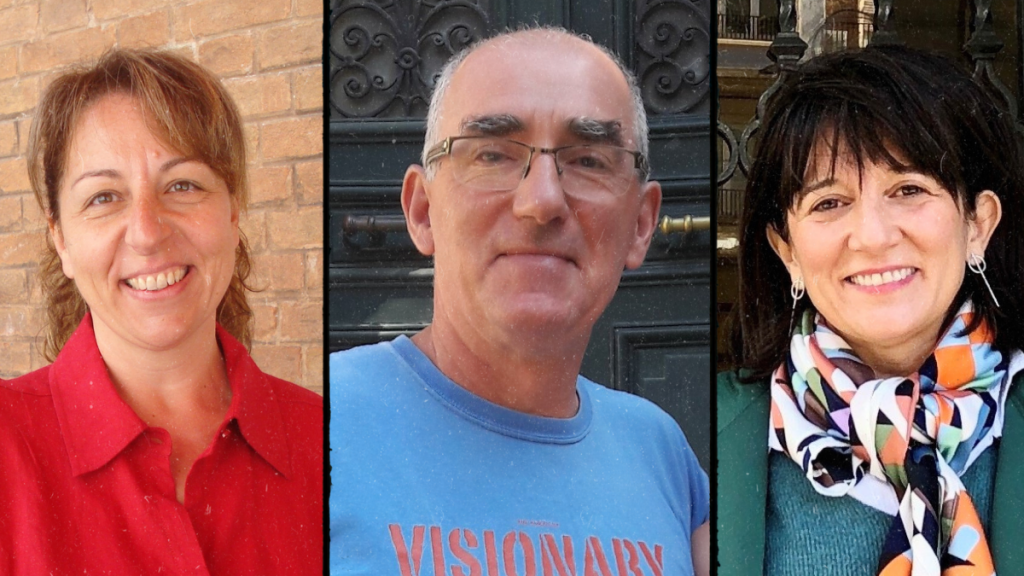 Viterbo, Italy
In 2001, as SYA sought to establish roots in Italy, Alessandra Tuzi turned out to be the perfect local connection for the program’s start-up. Tuzi was teaching English to students in Viterbo, an ancient walled city in central Italy where she had grown up, and her lifelong familiarity with the town helped SYA establish important local associations. “We were able to create very good relationships with the citizens and shopkeepers and they came to know and like our students, often spending time talking with them,” she says.

Twenty years later, having served as both SYA Italy’s host family coordinator and assistant to the resident director, she teaches Italian at the Viterbo campus, happy to share her extensive knowledge of local culture, tradition and history with students eager to immerse themselves in it. Making her students comfortable with the native language as early on as possible is Tuzi’s top priority.

“Whether I’m teaching beginning, intermediate or advanced learners in Italian language skills,” she explains, “it’s important that they feel at ease with Italians as quickly as they can.” She believes that by familiarizing her students with local arts and culture, it brings them closer to understanding Italian lifestyles and customs. “It’s good for them to see the differences and similarities between Americans and Italians, and I encourage them to see those differences as an enrichment of their experiences rather than as a limitation.”

When sharing the most gratifying part of her tenure with SYA, Tuzi says “We have always done our best to give them the tools to become citizens of the world, to open their minds and see the beautiful diversity of the world. I feel most successful when a student thanks me not only for teaching them the Italian language, but also for teaching them about life.”

“I cannot imagine a future without SYA paving the way for a better and richer education for all.”

Zaragoza, Spain
Sharing Tuzi’s enthusiasm for the student experience is colleague Marta Escartín, who has taught Spanish at SYA Spain since 1999 and is also the director of the SYA Summer Spain Program. For Escartín, the students are what sets SYA apart.

“Leaving your (home) country for an academic year when you’re 16 or 17 is not for everyone. Although there are slight differences among generations of SYA students, overall they share the same brave spirit to take the risk that this experience requires,” she explains. “They have an honest desire to challenge themselves and a great deal of genuine curiosity about the world.”

Escartín says she is grateful when SYA alumni reach out through emails and phone calls, and when she reads their social media posts praising SYA for the impact their experience has had on their lives, both personally and professionally. She often refers to the words of former SYA teacher and faculty mentor Ángel Vilalta, who insisted that SYA students are “the best people, the most interesting and the most stimulating.”

For Escartín each student represents an opportunity to foster curiosity, and her passion for teaching is evident. “Once you start working with them, the magic is created and you’re already trapped,” she says. “You just want to walk with them through this amazing year, to help them to face their fears, handle the uncertainty, and watch them grow as individuals while they absorb our language and culture and develop their intercultural competence.”

Rennes, France
“What I like the best is the collaboration with my SYA colleagues, especially from the other campuses because it’s both challenging and exhilarating,” says Pascal Montéville, who joined SYA France in 1986. A teacher of Political Science and Global Issues in Rennes, he oversees extracurricular activities there and runs the SYA Summer France Program. He has been on the faculty of three SYA member schools and also taught at SYA Vietnam during its inaugural year in 2009.

For Montéville, the one constant that has endured over time and place is SYA’s ability to offer students the rare opportunity to experience first-hand what it is to live and to study in a foreign country, while at the same time dealing with the personal challenges of adolescence.

“It takes courage and determination, and it says a lot about the students who decide to embark on this journey,” he says. “I often think about what I would have done if I had been given that chance when I was in high school. It’s an idea that is as revolutionary today as it was 56 years ago when SYA was founded. The technology has influenced and impacted the experience, but it remains an incredible one for the students who really go for it.”

Looking Ahead
In the shadow of the pandemic, marked by uncharacteristically silent campuses, Montéville and his colleagues have stayed active. Thanks to a generous donor to The Campaign for SYA, faculty were brought out of furlough in December to engage in some much-needed virtual collaboration and planning for the anticipated fall 2021 re-opening of the European campuses.

Although not able to convene in person as they had at two previous SYA Conferences on Teaching and Learning Abroad (held in Zaragoza in 2018 and in Viterbo in the 2019), teachers took advantage of the time without students to align their courses with recent changes to the curriculum, and to design more assignments to bring students outside of the classroom to engage meaningfully with the local community.

Faculty from all three campuses have also jumped into the virtual world of Zoom, leading successful topical webinars and new “language club” discussions with interested SYA alumni, which Montéville says “keeps the spirit alive.” Escartín agrees. “Working without students is a very strange feeling,” she says. “We lack the direct energy of the day to day, but these Spanish clubs and webinars have been a gift, reminding us why we are here.”

As SYA faculty members prepare to usher in the class of 2022, there is excitement around the re-opening of SYA campuses and a return to in-person teaching. “I cannot imagine a future without SYA paving the way for a better and richer education for all,” says Montéville. “In the end, this (pandemic) might have helped us design a stronger program and one that leads the way for the next 50 years. We’re all looking forward to offering our students another great adventure.”

Join the SYA faculty for an upcoming webinar or language club here.